Since the first Step Up in 2011, the project has featured 64 Emerging Artists, 20 Professional Choreographers, 39 Teachers and Coaches, and 28 Public Performances.

Alexandra Ayvazova is originally from Russia, and moved to Ireland seven years ago. She has been dancing since the age of six and has received professional training in Ballet, Hip Hop and Contemporary Dance. In her own practice she focuses on discovering and exploring connections between Contemporary and Urban Dance styles. Her performances usually present a combination of those styles and she is interested in developing her dance career in both directions. In July 2019, she received Travel and Training Award from Arts Council Ireland to create and perform her solo work under the mentorship of internationally acclaimed choreographer Mickael ‘Marso’ Riviere.

Mia Bradley-Evans is a dance artist and choreographer currently based in the west of Ireland. Since finishing her training at the Scottish School of Contemporary Dance, Mia has worked with Galway Dance Project, Galway Capital of Culture 2020 and Dansnest, researching and creating dance pieces which can be accessible to communities who may not usually go to the theatre. She believes if you have a voice and you have an audience you should use that voice and privilege to say something that matters. Her work explores different themes and reflects the times and situations she finds herself in.

Mia DiChiaro is a Dublin-based contemporary dancer and artivist whose ideas often circulate around joyful embodiment, climate justice, and participatory art. Originally from New York, she trained at the Ailey School and developed an interdisciplinary B.A. in ‘Performance and Arts Activism’ from NYU. After relocating to Ireland, she received a M.A. in ‘Contemporary Dance Performance’ from University of Limerick (2019) and has performed choreography by Liz Roche, Jack Webb, Ursula Robb, Paul White, Dina Abu Hamdan, and her own site-specific choreography. In 2020 she received Dance Ireland’s HATCH Award for her collaborative eco-dance research and is diving further in 2021 with support from the Irish Arts Council Dance Bursary Award.

Corina Hoser, born in Upper Austria (born 1994), studied contemporary dance education at the Music and Art University of the City of Vienna and contemporary stage dance at the Anton Bruckner University in Linz, and as an Erasmus student at the Conservatoire National Supérieur de Musique et Danse de Lyon. During her studies she gained extensive stage experience in pieces by international choreographers and practiced creating her own works. After completing her studies, she also spent a few months as an intern in several dance companies in Prague. Since then she is working as a freelance dancer, based in Vienna.

Elena Paltracca was born in Italy, in Perugia. She started her education at the ‘DIP- Dance Intensive Programme by Codarts’ in Livorno. There she learned modern dance techniques, working with international guests like Samuel Wuestern, Mario Camacho and Neel Verdoorn. After that, she started her professional education at the Zurich University of the Arts studying BA Contemporary Dance. Here she has worked with renown choreographers like Itzik Galili, Barak Marshall, Nadav Zelner, Lorand Zachar, and Ihsan Rustem. In 2020 she won a scholarship to take part in an International Summer workshop in Zurich, performing the works of Victor Rottier and Emma Evelein. Since the pandemic, she has had more time for her own choreography, and has taken part in competitions such as ‘Antigone Dance Festival’ in Brussel. She also plans to perform her work in Basel and Fürth.

Rosie Stebbing is a contemporary dancer from Kildare, Ireland. After completing a foundation course at the Northern School of Contemporary Dance (Leeds, UK), she went on to train at ArtEZ Institute of the Arts (Arnhem, NL). During her time there she worked with choreographers such as Roser Lopez Espinosa, Jasper van Luijk and Eldad Ben Sasson. She spent the final year of her BA studies in Denmark, where she undertook an internship with Holstebro Dansekompagni. She has also recently worked with choreographer Joy Alpuerto Ritter on an upcoming feature film by director Floria Sigismondi.

Step Up Dance Project is a partnership between the Arts Council, Dance Ireland, Dance Limerick and the Irish World Academy for Music and Dance at the University of Limerick. 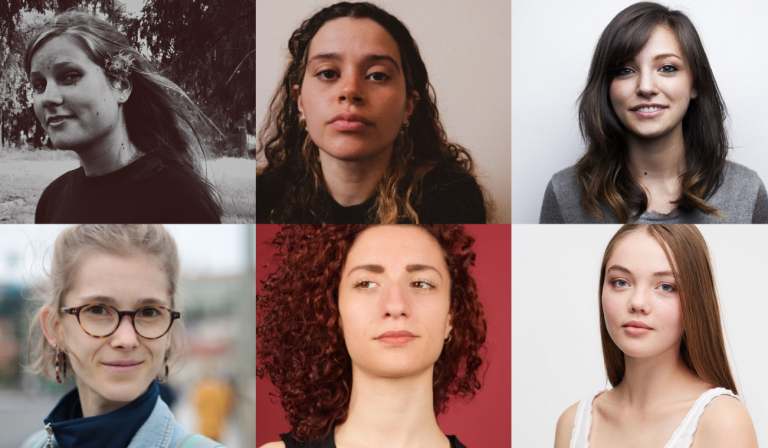 As a member of the Aerowaves network, we are excited to share with …

How can we move? Ecological perspectives on Contemporary Dance